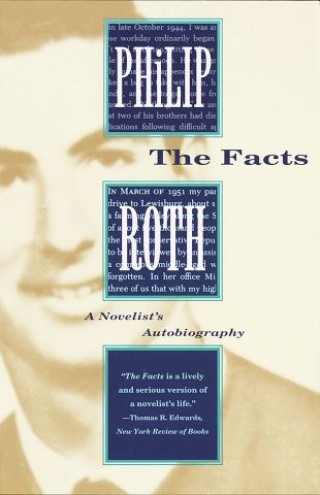 The unconventional autobiography of the Pulitzer Prize–winnning, bestselling author—"the most vigorous and truthful of American writers" (Newsday)—who reshaped our idea of fiction. A work of compelling candor and inventiveness, instructive particularly in its revelation of the interplay between life and art.

Philip Roth concentrates on five episodes from his life: his secure city childhood in the thirties and forties; his education in American life at a conventional college; his passionate entanglement, as an ambitious young man, with the angriest person he ever met (the "girl of my dreams" Roth calls her); his clash, as a fledgling writer, with a Jewish establishment outraged by Goodbye, Columbus; and his discovery, in the excesses of the sixties, of an unmined side to his talent that led him to write Portnoy's Complaint.

The book concludes surprisingly—in true Rothian fashion—with a sustained assault by the novelist against his proficiencies as an autobiographer.

Philip Roth: PHILIP ROTH won the Pulitzer Prize for American Pastoral. In 1998 he received the National Medal of Arts at the White House and in 2002 the highest award of the American Academy of Arts and Letters, the Gold Medal in Fiction. He twice won the National Book Award and the National Book Critics Circle Award. He won the PEN/Faulkner Award three times. In 2005 The Plot Against America received the Society of American Historians’ Prize for “the outstanding historical novel on an American theme for 2003–2004.” Roth received PEN’s two most prestigious awards: in 2006 the PEN/Nabokov Award and in 2007 the PEN/Bellow Award for achievement in American fiction. In 2011 he received the National Humanities Medal at the White House, and was later named the fourth recipient of the Man Booker International Prize. He died in 2018.