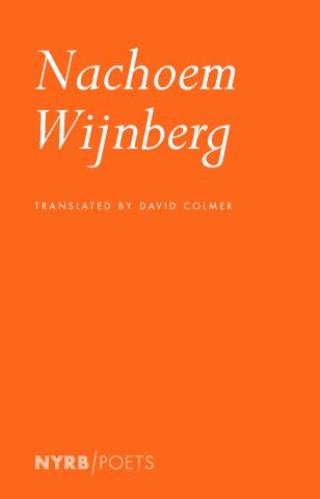 A new translation of work by one of the Netherland's most innovative, exhilarating poets, a poet who draws on everything from economics to parables to world history.

The Dutch poet Nachoem M. Wijnberg is one of the most inventive, surprising, entertaining, and thought-provoking poets writing today. He is also remarkably productive, so that up to now only a small portion of his extensive body of work has  appeared in English translation.

This new selection of poems draws on all twenty volumes Wijnberg has published to date, constituting an indispensable introduction to this wry, off-kilter, spellbinding modern master. Wijnberg, not only a poet but a professor of business studies—hence his persistent concern with questions of value, real and false—writes only in the plainest language while displaying a formidable erudition. His poems engage economics, philosophy, and history; he writes Chinese poems and Jewish poems and classic songs; he tells stories that may or may not be parables; he writes from where the mind meets the heart. “Tell all the truth but tell it slant,” Emily Dickinson enjoins. Wijnberg for his part has said, “Alienation is the last thing I am trying to achieve. The world is strange enough as it is and my poems help in dealing with that strangeness by bringing it close and as far as possible trying to understand it.”

Nachoem M. Wijnberg: Nachoem M. Wijnberg is a poet and fiction writer. He is the author of a handful of novels and several poetry collections, including Divan van Ghalib, Het leven van, and Liedjes. He is the recipient of both the Ida Gerhart Poetry Prize and the P.C. Hooft Award. He is also an accomplished economist and lectures on business administration at the University of Amsterdam.

David Colmer is a translator of Dutch literature based in Amsterdam. He has translated more than sixty book-length works, including work by Gerbrand Bakker, Dimitri Verhulst, Anna Enquist, Annie M. G. Schmidt, and many others. He is the recipient of several prizes, among them the Independent Foreign Fiction Prize for Bakker’s The Detour and the Vondel Translation Prize for Verhulst’s The Misfortunates.