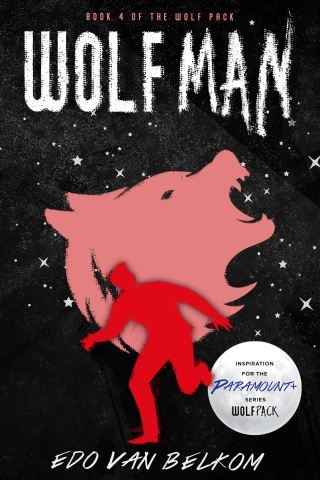 The stunning conclusion to the critically acclaimed Wolf Pack series, inspiration for the highly anticipated original series coming to Paramount+

Battling a wolf to save a little girl’s life makes Argus Brock a local hero. But what the small town of Redstone doesn’t know is that the tough teenager is a secretly a werewolf. Which means the wolf Argus bit during the fight is now a werewolf, too. But unlike Argus and his wolf pack siblings, this wolf man is far from tame.

When the new werewolf takes the life of a beloved pet, a bounty is put on the head of every wolf in Redstone Forest. Now Noble, Argus, Harlan and Tora can no longer escape to the woods to run free and relish their wolfen nature, making their hometown suddenly feel too small –and all too dangerous…

Then the werewolf shows up at the Brock family home, a wounded wolf in his arms and a plea for help in his eyes. Alongside the forest ranger who raised them, the wolf pack work together to protect one of their own. But who will protect the pack when the truth emerges about their wild and mysterious nature?

Edo van Belkom: Bram Stoker and Aurora Award winner Edo van Belkom is the author of two hundred stories of horror, science fiction, fantasy, and mystery, which have appeared in such magazines and anthologies as Storyteller, RPM for Truckers, Year’s Best Horror Stories, and The Mammoth Book of On the Road. He is also the author of “Mark Dalton: Owner/Operator,” an ongoing adventure serial about a private investigator turned trucker that has been published continuously in the monthly trade magazine Truck News since June of 1999. His more than twenty books to date include the novels Scream Queen, Martyrs, and Teeth and the short story collections Death Drives a Semi and Six-Inch Spikes. Born in Toronto in 1962, Edo worked as a daily newspaper sports and police reporter for five years before becoming a full-time freelance writer in 1992. He lives in Brampton, Ontario, with his wife, Roberta, and son, Luke.