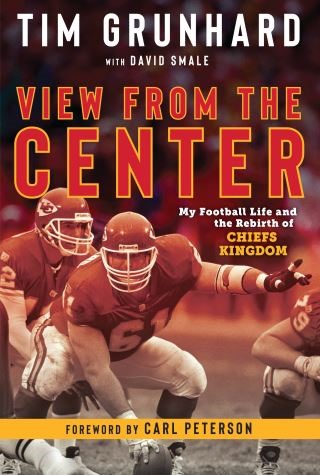 From one of the toughest players ever to strap on a Chiefs helmet comes a memoir of football life and finding home in the Chiefs Kingdom.

Tim Grunhard always felt he had something to prove. Born and raised on the south side of Chicago, Grunhard wasn't initially considered a top recruit. But then-Minnesota head coach Lou Holtz liked what he saw in the young offensive lineman, and made a scholarship offer that carried over when Holtz took the job in South Bend.

Grunhard flourished under the Golden Dome, helping the Fighting Irish to the 1988 national championship before being selected by the Kansas City Chiefs in the second round of the 1990 draft.

Grunhard was a staple of Chiefs football in the 1990s, paving the way for Marty Schottenheimer's physical running attack on the field and becoming a prominent member of the Kansas City community off the field.

The retired lineman shares behind the scenes stories from Chiefs Kingdom, from the unforgettable Martyball era and playing alongside superstars Joe Montana, Marcus Allen, and Derrick Thomas to the modern-day championship team led by Patrick Mahomes. It is an essential read for all Kansas City faithful.

David Smale has been writing about college and professional sports for more than 40 years. He is the author of several books, including Bracketology, co-written with Joe Lunardi.