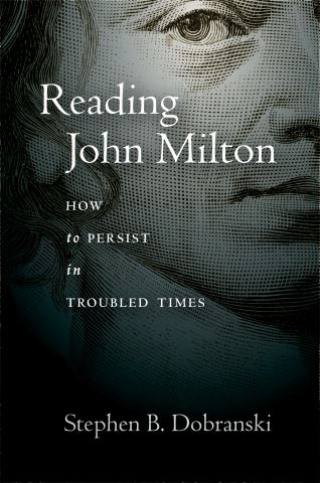 How to Persist in Troubled Times

A captivating biography that celebrates the audacious, inspiring life and works of John Milton, revealing how he speaks to our times.

John Milton is unrivalled—for the music of his verse and the breadth of his learning. In this brisk, topical, and engaging biography, Stephen B. Dobranski brushes the scholarly dust from the portrait of the artist to reveal Milton's essential humanity and his unwavering commitment to ideals—freedom of religion and the right and responsibility of all persons to think for themselves—that are still relevant and necessary in our times.

Milton's epic poem, Paradise Lost, is considered by many to be English poetry's masterpiece. Samuel Johnson, not one for effusive praise, claimed that from Milton's "books alone the Art of English Poetry might be learned." But Milton's renown rests on more than his artistic achievements. In a time of convulsive political turmoil, he justified the killing of a king, pioneered free speech, and publicly defended divorce. He was, in short, an iconoclast, an independent, even revolutionary, thinker. He was also an imperfect man—acrimonious, sometimes mean. Above all, he understood adversity. Afflicted by blindness, illness, and political imprisonment, Milton always sought to "bear up and steer right onward" through life's hardships.

Dobranski looks beyond Milton's academic standing, beyond his reputation as a dour and devout purist, to reveal the ongoing power of his works and the dauntless courage that he both wrote about and exemplified.

Stephen Dobranski: Stephen B. Dobranski is Distinguished University Professor at Georgia State University and the editor of the journal Milton Studies. His books include Readers and Authorship in Early Modern England (2005), Milton's Visual Imagination (2015), and a new edition of Paradise Lost (2022). He lives in Atlanta, Georgia, with his wife and their daughter.