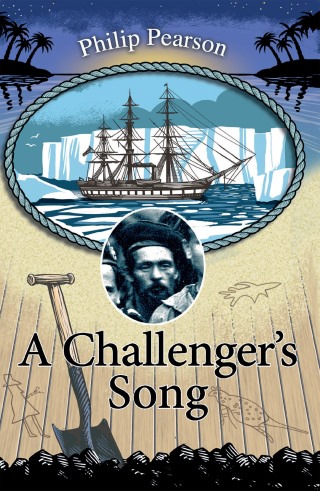 A sensitive and lovingly told story mixing fact, action, letters, journals, song and oral history. Pearson writes with a rich clarity and intelligence about his great grandfather, Charlie Collins, the boy who ran away to sea to become head stoker on the celebrated scientific expedition of the HMS Challenger (1872-76). Finding his feet as a blacksmith back in Brighton with wife Mary and family, we learn about the joys, hardships and everyday heroism of their lives within the grand sweep of 19th Century history. Andrea Watts, writer and creative writing tutor In 1872, HMS Challenger, powered by sail and steam, left Portsmouth for an epic voyage of ocean exploration. A Challenger’s Song combines a lifetime reimagined with a fresh account of the voyage seen through the eyes of the crew and scientists, drawing on their own letters and accounts. ‘I had read about the voyage of HMS Challenger before, but this combination of imaginative reconstruction and factual information for me shed a new light on life for those on board ... my appreciation of the men and boys whose hard work kept the Challenger going, and made possible the collection of samples which led to a transformation of our understanding of the deep oceans, was increased enormously ... The sea shanty section at the end is a nice bonus! Angela Colling, Editor, Ocean Challenge.

Philip Pearson: Philip Pearson grew up in Brighton, within sight of the sea. He studied geography at college and developed a lifelong interest in environmental issues. This drew him to the fascinating story of the voyage of the Challenger and its astonishing achievements. He worked in the trade union movement for much of his life. He has published two books reflecting much of this work: Twilight robber: trade unions and low paid workers (1986) and Keeping Well at Work (2004). The idea for a narrative of the life of his great grandfather, Charlie Collins, one of the Challenger’s crew, was inspired by the creative writing classes at the Mary Ward Centre, London. He sings with the London Sea Shanty Collective choir, and the narrative is doubtless influenced by the stories and rhythms of these working songs of the sea. Philip and his wife Nony, who passed away in 2021, have two children, Anya and Aidan.