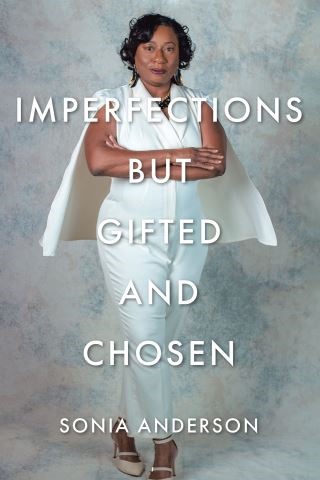 Imperfections but Gifted and Chosen

Savannah opened doors that had been sealed for decades which led her to accept the things that she could not control. She was longing for a clear understanding as to why her dad was always leaving. Questioning if she were not enough to make him stay, she set herself apart from others so that she would not be noticed. She grew up being a very shy little girl that was obviously aware of the tones that were given off from the adults in her life. Early on in her childhood, the stage was set in motion and the path that would lead her to the answer. But along the way, it had been proven that the journey would take some unexpected turns. She had encountered such things that were not believable to a normal person. For if she spoke of the things that had transpired, it was with no doubt that anyone would ever believe her. She speaks about difficult challenges which brought life-changing decisions with great responsibility.

In time, with these decisions, there came the issues with the matter of the heart. She will share firsthand experiences of love, loss, heartbreak, betrayal, happiness, and redemption. At some point, she had reached her breaking point, and when all seemed to be lost forever, God stepped in and lifted her spirits and mended the things that were broken. It was then her eyes were opened and could see the things that were in front of her. Savannah accepted the gifts that were bestowed upon her, which continued to grow over the years, edifying her to God's glory. Savannah was on a new path now to teach, inspire, and mentor others that have encountered life-changing events that have set the course for them. Savannah's focus is to relate to her readers in a way that will unlock doors that had been slammed closed for decades, inspiring them to believe in themselves and facing the mountains in their life. God blesses the imperfections of those gifted and chosen.