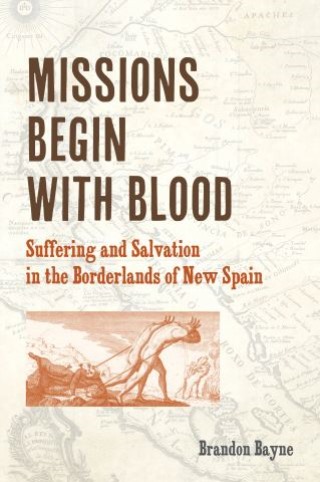 Suffering and Salvation in the Borderlands of New Spain

While the idea that successful missions needed Indigenous revolts and missionary deaths seems counterintuitive, this book illustrates how it became a central logic of frontier colonization in Spanish North America. Missions Begin with Blood argues that martyrdom acted as a ceremony of possession that helped Jesuits understand violence, disease, and death as ways that God inevitably worked to advance Christendom. Whether petitioning superiors for support, preparing to extirpate Native “idolatries,” or protecting their conversions from critics, Jesuits found power in their persecution and victory in their victimization. This book correlates these tales of sacrifice to deep genealogies of redemptive death in Catholic discourse and explains how martyrological idioms worked to rationalize early modern colonialism. Specifically, missionaries invoked an agricultural metaphor that reconfigured suffering into seed that, when watered by sweat and blood, would one day bring a rich harvest of Indigenous Christianity.