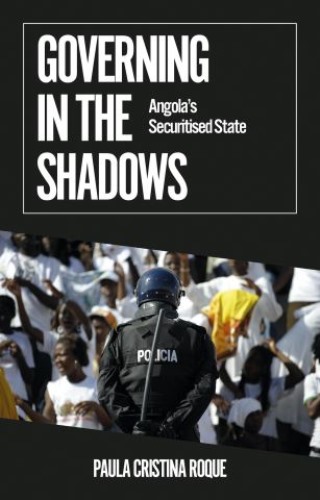 Governing in the Shadows

This book traces three decades of securitisation in Angola. As a governing strategy during war and peacetime, it muted the aspirations of those on opposing sides, distorted the state, emboldened elites and redefined the identity of Angolans. Through this lens, Paula Cristina Roque provides an original account of Angola’s post-conflict state-building.

Securitisation protected the interests of President dos Santos, the ruling MPLA party and the elites supporting the regime. Angola’s array of security forces and infrastructure provided an alternative to a fully functioning executive, at national, provincial and local levels. The intrusive way in which any form of dissent or activism was crushed allowed the presidency to control the direction and narrative of the post-war years. But the façade of democracy, development and stability hid a very different reality for the majority of Angolans, who remained poor, disenfranchised and marginalised.

Roque explores the inner workings of the intelligence services, army and presidential guard, explaining the trajectory of a survivalist and fearful regime presiding over scarcities and injustices. She shows that the survival of national security and governing elites was the highest priority. The ‘shadows’ held far more power than institutions, and weakened them–widening the gap between government and governed.

Paula Cristina Roque: Paula Cristina Roque is an independent analyst. She has been an adviser on sub-Saharan Africa for the Crisis Management Initiative, a senior analyst for Southern Africa with the International Crisis Group, and a senior researcher with the Institute for Security Studies. She is a founding member of the South Sudan Center for Strategic and Policy Studies in Juba and has a PhD in International Development from the University of Oxford.