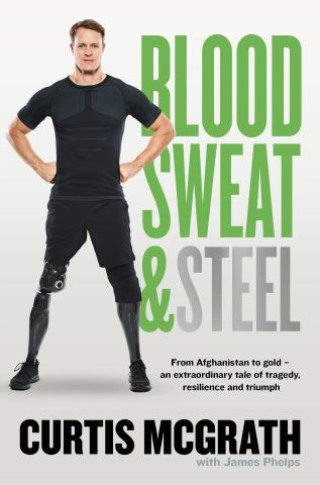 From Afghanistan to gold -- an extraordinary tale of tragedy, resilience and triumph

In 2012, Combat Engineer Curtis McGrath was serving in the Australian Army in Afghanistan when, in the line of duty, he stepped on a land mine. Seriously injured but still conscious and aware he'd bleed out and die within minutes, Curtis, as the unit's chief first-aid officer, directed his comrades to apply tourniquets and administer an IV and morphine. Then, as he was stretchered to a helicopter, fearing he would never see his family again, he joked that he planned to become a Paralympian.

Just months later, Curtis was up and walking on prosthetic legs, motivated by the opportunity to march with his unit in their welcome-home ceremony. Kayaking gave him a new sense of purpose and, in 2013, he and his father, Paul, paddled more than 700 kilometres from Sydney to Brisbane to raise funds for Mates4Mates, which supports current and former Defence Force members. A year later, Curtis captained the Australian team at the inaugural Invictus Games in London, founded by Prince Harry for wounded, injured or ill veterans. Then, within four years of his injury, Curtis won gold at the Rio 2016 Paralympic Games.

Now a ten-time world champion gold medallist, Curtis recently stormed to victory at the Tokyo Paralympics to bring home two more Paralympic gold medals for Australia. Passionate about the power of sport to transform lives, he's ready at last to share his extraordinary story, and how he has approached every setback and challenge with courage, resilience, humour and grit.

It's hard to imagine a greater challenge than serving on the front lines in Afghanistan. But overcoming adversity has become a defining characteristic not just of Curtis McGrath's career with the Australian Defence Force, but of his life. McGrath was hit by a mine blast on duty and subsequently lost both his legs. But even that could not hold him back. He has since become one of the country's most successful Paralympic athletes, winning Gold as a canoeist in the 2016 Rio de Janeiro Games, and becoming an ambassador for the 2018 Invictus Games.

Curtis is now a ten-time world champion gold medallist, with two more Paralympic gold medals from Tokyo to add to his collection. His life is a lesson in not just how to face setbacks, but triumph over them. He lives on the Gold Coast with his wife, Rachel, an ICU doctor.