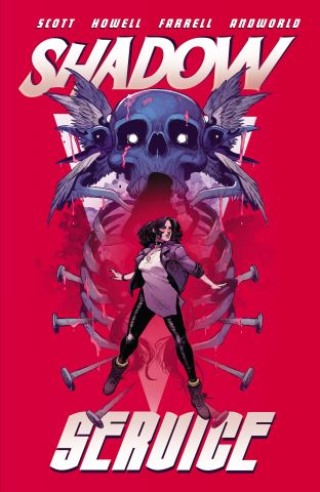 Gina Meyers is a Private Investigator who makes her living in the underbelly of London. She's also a witch. Not the cutesy kind. The terrifying kind. Witchcraft meets spycraft, when a shadowy government organization abducts Gina. BLACK MAGIC MEETS BLACK OPS. Worried your partner is cheating? Need a missing person found? Gina Meyers is the Private Investigator for you. Sure, she’s a witch who worries that her powers make her more of a monster than the crooks she’s trying to catch, but it’s not like London’s criminal underworld is literally going to hell… is it? Spy craft meets black magic in the shadowy world of MI666. Collects issues #1 to #5 of the ten issue series.