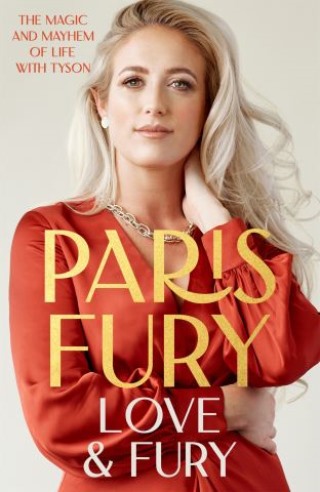 The Magic and Mayhem of Life with Tyson

Gypsy Queen to the Gypsy King, Tyson Fury's wife Paris reveals the magical highs and epic lows of life with the Heavyweight Boxing World Champion, as she shares their life story and what keeps them strong through the good times - and the bad.

Paris Fury is Tyson's rock, the wife he thanks for all his success. Both from Traveller families, she married him at 19 and is hands-on mother to their six children, as well as at his side through every fight. Always glamorous, strong, grounded, and her own woman.

When Tyson's struggles with depression, OCD and alcohol have threatened to overwhelm them, she has held them together, and helped to see Tyson through to the greatest boxing victories.

With all her warmth, humour and honesty, she tells her story - from her Traveller childhood, falling in love, making a home and a family, to coming through Tyson's darkest moments. She vividly describes the anguish of their worst times, and what it's like to be at the ringside. And she shows what it takes to balance the fame, the fans and all the sporting pressures alongside everyday family life.

Paris Fury: Paris Fury is the wife of heavyweight world boxing champion Tyson Fury. She was born in Doncaster, South Yorkshire to a Traveller family and married Tyson aged 17. They have six children together. Their life together was the subject of a hugely popular 3-part ITV documentary Gypsy King in 2020. She has appeared across the media and now regularly on Loose Women.