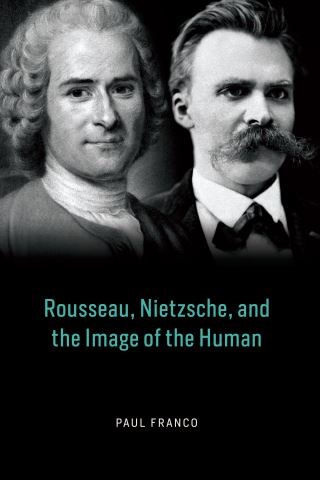 Rousseau, Nietzsche, and the Image of the Human

Rousseau and Nietzsche presented two of the most influential critiques of modern life and much can still be learned from their respective analyses of problems we still face.

In Rousseau, Nietzsche, and the Image of the Human, Paul Franco examines the relationship between Jean-Jacques Rousseau and Friedrich Nietzsche, arguably the two most influential shapers and explorers of the moral and cultural imagination of late modernity.  Both thinkers leveled radical critiques of modern life, but those critiques differed in important respects.  Whereas Rousseau focused on the growing inequality of modern society and the hypocrisy, self-division, and loss of civic virtue it spawned, Nietzsche decried the democratic equality he identified with Rousseau and the loss of individual and cultural greatness it entailed.  Franco argues, however, that Rousseau and Nietzsche are more than mere critics; they both put forward powerful alternative visions of how we ought to live.  Franco focuses specifically on their views of the self and its realization, their understandings of women and the relation between the sexes, and their speculative conceptions of politics.  While there are many similarities in their positive visions, Franco argues that it is the differences between them from which we have most to learn.

Paul Franco: Paul Franco is the Barry N. Wish Professor of Government and Social Studies at Bowdoin College. He is the author or editor of six books, including Nietzsche’s Enlightenment: The Free-Spirit Trilogy of the Middle Period and Leo Strauss on Hegel, both also published by the University of Chicago Press.