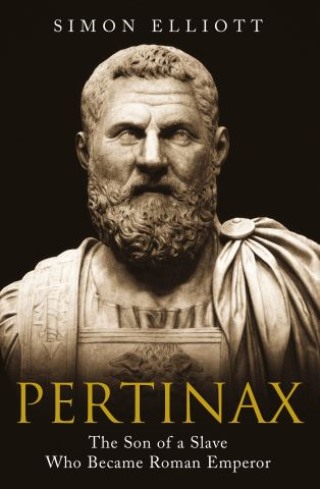 The Son of a Slave Who Became Roman Emperor

A biography of the man who ascended the ranks of the military and government to become Roman Emperor.

The son of a former slave, Pertinax was the Roman Emperor who proved that no matter how lowly your birth, you could rise to the very top through hard work, grit and determination.

Born in AD 126, Pertinax made a late career change from working as a grammar teacher to a position in the army. As he moved up the ranks and further along the aristocratic cursus honorum, he took on many of the most important postings in the Empire, from senior military roles in fractious Britain, the Marcomannic Wars on the Danube, to the Parthian Wars in the east. He held governorships in key provinces, and later consulships in Rome itself. When Emperor Commodus was assassinated on New Year’s Eve AD 192/193, the Praetorian Guard alighted on Pertinax to become the new Emperor, expecting a pliable puppet who would favour them with great wealth. But Pertinax was nothing of the sort and when he then attempted to reform the Guard, he was assassinated. His death triggered the beginning of the “Year of the Five Emperors” from which Septimius Severus, Pertinax’s former mentoree, became the ultimate victor and founder of the Severan Dynasty.

This previously untold story brings a fascinating and important figure out of the shadows. A self-made everyman, a man of principle and ambition, a role model respected by his contemporaries who styled himself on his philosophizing predecessor and sometime champion Marcus Aurelius, Pertinax’s remarkable story offers a unique and panoramic insight into the late 2nd century AD Principate Empire.

“A story that echoes and rivals that of Spartacus.” —Books Monthly (UK)

“An authoritative new history unearths the true story of a slave’s son who rose through the ranks to become the Roman Empire’s most powerful man. . . . The author vividly documents Pertinax’s last days and effectively captures the tenor of the era, a time awash in corruption and violence. Roman history enthusiasts will find new material to digest and general readers, useful context for the Roman way of life.” —Kirkus Reviews

Simon Elliott:
Simon Elliott is an historian, archaeologist and Honorary Research Fellow at the University of Kent where he studied for his PhD in Archaeology on the subject of the Roman military in Britain. He also has an MA in War Studies from KCL and an MA in Archaeology from UCL. For a day job he runs his own PR company, and is a former defense and aerospace journalist at titles including Jane's Defence Weekly and Flight International. He frequently gives talks on Roman themes and is co-Director at a Roman villa excavation.