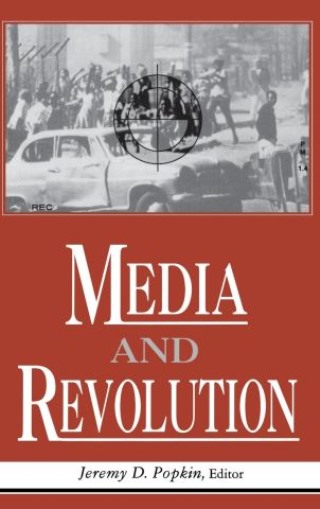 As television screens across America showed Chinese students blocking government tanks in Tiananmen Square, the fall of the Berlin Wall, and missiles searching their targets in Baghdad, the connection between media and revolution seemed more significant than ever. In this book, thirteen prominent scholars examine the role of the communication media in revolutionary crises—from the Puritan Revolution of the 1640s to the upheaval in the former Czechoslovakia.

Their central question: Do the media in fact have a real influence on the unfolding of revolutionary crises? On this question, the contributors diverge, some arguing that the press does not bring about revolution but is part of the revolutionary process, others downplaying the role of the media.

Essays focus on areas as diverse as pamphlet literature, newspapers, political cartoons, and the modern electronic media. The authors' wide-ranging views form a balanced and perceptive examination of the impact of the media on the making of history.