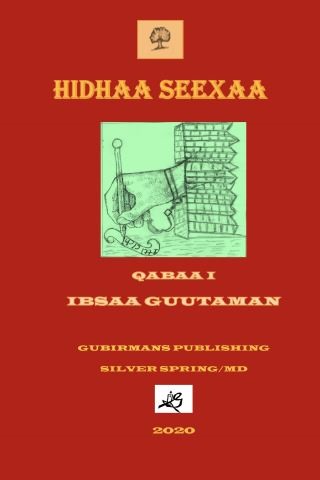 This was first published in English as "Prison of Conscience". It is now presented in Afaan Oromo with some addition and expansion. For the Oromo nation the more than a hundred years of Amaaraa Ethiopian occupation had been a hell. Killings, tortures and disappearances were common place. Their land was grabbed, their culture erased, their language suppressed, they were turned to serfs and their identity was denied, their freedom deprived. Relentless struggle was waged to reverse the situation and much had been achieved towards it. This book is about experience of a prisoner who went under the most inhuman treatment in torture rooms and isolated from the world for about ten years. And also, about empire Ethiopia that knows no human rights and even human conscience was kept under suppression. All about the empire and Darg prison are contained in two volumes of this book in brief. The said prisoner had a chance to revisit Maa'ikalaawii under EPRDF government that replaced the Darg. List of prisoners of the previous detention is also given as appendix. Read it and there are more to discover.