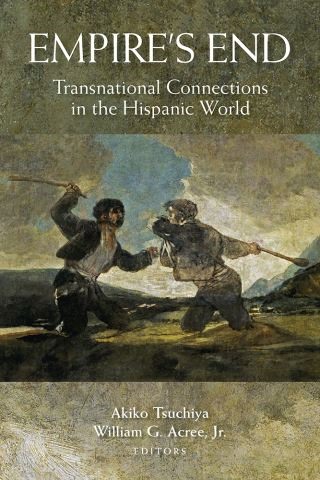 Transnational Connections in the Hispanic World

The fall of the Spanish Empire: that period in the nineteenth century when it lost its colonies in Spanish America and the Philippines. How did it happen? What did the process of the "end of empire" look like? Empire's End considers the nation's imperial legacy beyond this period, all the way up to the present moment. In addition to scrutinizing the political, economic, and social implications of this "end," these chapters emphasize the cultural impact of this process through an analysis of a wide range of representations—literature, literary histories, periodical publications, scientific texts, national symbols, museums, architectural monuments, and tourist routes—that formed the basis of transnational connections and exchange. The book breaks new ground by addressing the ramifications of Spain's imperial project in relation to its former colonies, not only in Spanish America, but also in North Africa and the Philippines, thus generating new insights into the circuits of cultural exchange that link these four geographical areas that are rarely considered together.

Empire's End showcases the work of scholars of literature, cultural studies, and history, centering on four interrelated issues crucial to understanding the end of the Spanish empire: the mappings of the Hispanic Atlantic, race, human rights, and the legacies of empire.