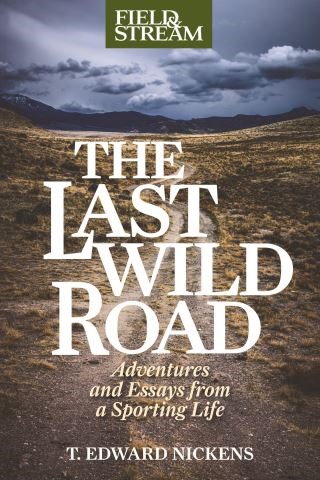 Adventures and Essays from a Sporting Life

The Last Wild Road is a raucous, gripping, sometimes terrifying, often hilarious, and deeply meditative journey through the heart of the outdoors in the modern world. Collected from more than 20 years of hunting and fishing cover stories, columns, and adventure tales written by T. Edward Nickens for Field & Stream, this book is a road trip that takes in a huge sweep of the North American landscape—blackwater rivers in the wilds of eastern North Carolina, deserts and prairies of the American West, remote tundra of northern Canada, and the wildest rivers of Alaska. Along every rutted road and rough trail, with a rod, gun, and pen, Nickens meets unforgettable characters—old French-speaking Cajuns at Louisiana squirrel camps, a one-armed fly-tyer in the ancient Appalachians, Pennsylvania brothers who lost their father in a hunting accident decades ago and return to the scene for a powerful, poignant encounter with history. He explores remote wilderness waters to chase trout and ducks, but finds rich meaning, too, in the familiar and close-to-home: fishing with his children, plumbing the forests of local farms, and butchering deer in his basement as a thanksgiving for the gifts of the outdoors.

When it comes to hunting and fishing, writing often falls into the categories of where-to-go, the how-do-it, and the-what-to-bring. This book embarks on the question of “why.” Why does the pursuit of game and fish, and the travel to the wild places where they thrive, bring meaning and clarity to living in the modern world? Why do we laugh more, and live more deeply, far from the sidewalk? If you’ve ever felt that way, you’ll find yourself in The Last Wild Road.

T. Edward Nickens, columnist and editor-at-large for Field & Stream, is a New York Times best-selling author and award-winning journalist who has has written about hunting, fishing, and their modern expression across North America for more than 30 years. He also serves as a contributing editor for Garden & Gun, Ducks Unlimited, and Audubon, and is author of Field & Stream’s highly successful Total Outdoorsman Manual series. He lives and writes in Raleigh and Morehead City, North Carolina.