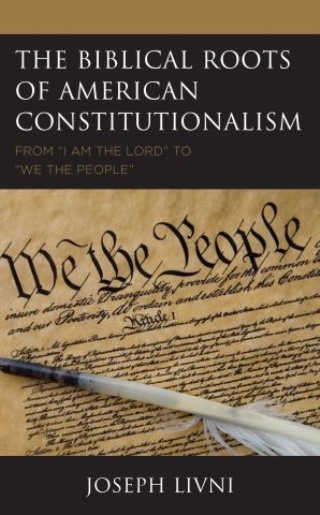 The Biblical Roots of American Constitutionalism

According to the conventional wisdom American constitutional democracy stemmed from Athenian democracy, Roman Law, English legal practices, and the Magna Carta. This book agrees that democracy was born in Athens. However, as the title suggests, the thesis of this book claims that constitutionalism in the sense of an agreed text sanctioning procedures of legislation, government, and power flow germinated in pre-state Israel better known as Israel of the Judges. The thesis of the book consists of three concepts: (1) The roots of American constitutionalism are in biblical Israel; this concept has been debated by scholars of constitutional history. (2) Proto-Israel also known as Israel of the Judges had no king as the Book of Judges claims; however it had a covenant which it enforced. Naturally, this belief is as old as the Bible; however, its proof is new. (3) American constitutionalism did not stem from studying and applying biblical recipes. It rather evolved through a sequence of embodiments each passing on the torch of essential traditions to its heir. This concept is new. The book is not intended to shake your understanding of the constitution; however it will answer questions you might have asked or even questions you never asked.