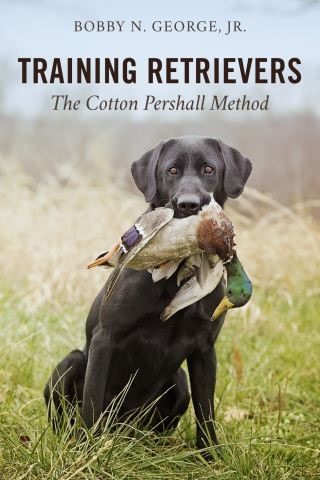 The late Bobby N. George, Jr. worked as a sports writer for several newspapers while honing his dog-training skills through afternoons in the field with the legendary trainer Cotton Pershall. He later began working with Bill Eckett's Blackwater Retrievers and, in 1991, he went on his own as a professional retriever trainer. He eventually returned to Blackwater Retrievers, and in 2004 the Blackwater dog NFC-AFC Dewey's Drake of Moon River won the National Retriever Championship.