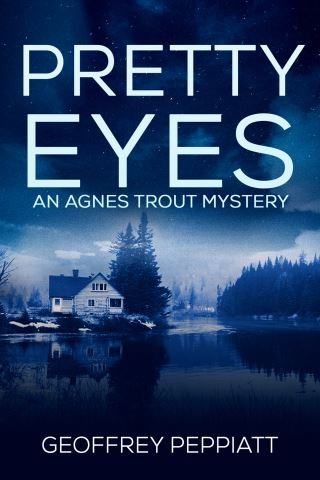 After PI Agnes Trout repels a vicious attack by an intruder in her New York City apartment, she discovers that other women have been attacked by the same perpetrator. Even though the attacker is known, none of the women attempt to bring him to justice. Agnes’s own quest uncovers a brutal murder and brings her into contact with the glacial matriarch of a wealthy family, an enigmatic, charming fixer and a cold-blooded killer. At the same time, she is asked by a close friend to look into the checkered life of the friend’s secretive and menacing husband.
Determined attempts on her life and malicious threats will not slow Agnes down as, along with help from unexpected quarters, she goes after a killer and a scheming husband.

Geoffrey Peppiatt: Geoffrey Peppiatt is a former scientist and physics teacher. Apart from his family, his interests are playing squash, writing, reading and book collecting. With his wife, June, and cat, Marlowe (aka Bear), he splits his time between New York and Pennsylvania.