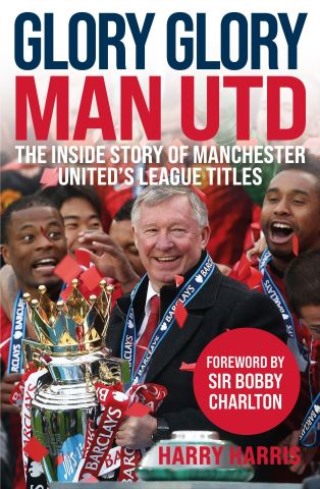 The inside story of Manchester United's league titles

Sir Alex Ferguson dominated English football for over 26 years. Now, having retired in 2013, Glory, Glory Man Utd pays tribute to the man's remarkable achievements by recounting each of Manchester United's 20 title triumphs from the Edwardian era to the present day and the 13 titles won by Sir Alex during his United reign.

Harry Harris is a double winner of the British Sports Journalist of the Year award and was honoured by the prestigious Variety Club of Great Britain with their Silver Heart trophy for ‘Contribution to Sports Journalism’.

Harry is also twice winner of the Sports Story of the Year award, the only journalist ever to win the accolade twice.

He is one of the most influential football columnists for three decades, one of the most acclaimed investigative journalists of his generation on the London Evening News, Daily Mail, Daily Mirror, Daily Express, Daily Star, Sunday Express and Star on Sunday, ESPNsoccernet Football Correspondent, BT Sport.