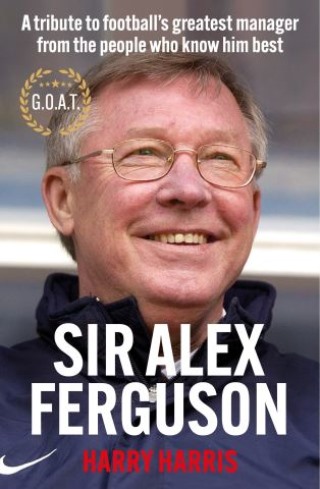 From his early career as a manager for Aberdeen and then to taking the helm at Man United and guiding the club to its most glorious period for thirty years, Alex Ferguson has become without doubt the most famous, influential and successful football manager in the country.

Man United dominate the English game and stand on the threshold of European glory. Just how has Alex Ferguson - this ex-Aberdeen and Rangers player - taken them there?

This book has the answers. In this unique tribute, his one-time playing colleagues, fellow managers and the international stars of the game provide personal insights into the secrets of Ferguson's mercurial character and glittering career.

Harry Harris is a double winner of the British Sports Journalist of the Year award and was honoured by the prestigious Variety Club of Great Britain with their Silver Heart trophy for ‘Contribution to Sports Journalism’.

Harry is also twice winner of the Sports Story of the Year award, the only journalist ever to win the accolade twice.

He is one of the most influential football columnists for three decades, one of the most acclaimed investigative journalists of his generation on the London Evening News, Daily Mail, Daily Mirror, Daily Express, Daily Star, Sunday Express and Star on Sunday, ESPNsoccernet Football Correspondent, BT Sport.