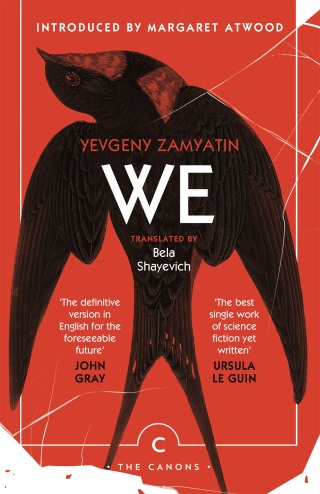 The One State is the perfect society, ruled over by the enlightened Benefactor. It is a city made almost entirely of glass, where surveillance is universal and life runs according to algorithmic rules to ensure perfect happiness. And D-503, the Builder, is the ideal citizen, at least until he meets I-330, who opens his eyes to new ideas of love, sex and freedom. A foundational work of dystopian fiction, inspiration for both Orwell’s Nineteen Eighty-Four and Huxley’s Brave New World, WE is a book of radical imaginings – of control and rebellion, surveillance and power, machine intelligence and human inventiveness, sexuality and desire. It is both a warning and a hope for a better world. This new edition also includes Ursula K. Le Guin's essay 'The Stalin in the Soul' on the enduring influence of Zamyatin's masterpiece, and George Orwell's 1946 review of WE.

Yevgeny Zamyatin: Yevgeny Zamyatin was a naval engineer and author. He wrote short stories, plays and essays. His masterpiece, WE, was written in 1920-21 and was banned in Russia on the grounds of being ideologically undesirable. It was quickly translated and published in many languages around the world, finally being published in Russia in 1988.