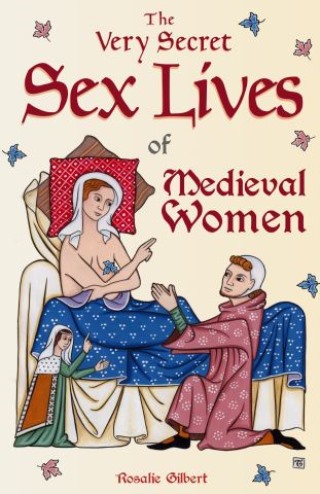 An Inside Look at Women & Sex in Medieval Times (Human Sexuality, True Stories, Women in History)

“Wickedly entertaining, informative and thought-provoking. An insightful, modern look at the lives of women as they were.” –– Dr. Markus Kerr, PhD, MDR.

An inside look at sexual practices in medieval times. Were medieval women slaves to their husband's desires, jealously secured in a chastity belt in his absence? Was sex a duty or could it be a pleasure? Did a woman have a say about her own female sexuality, body, and who did or didn’t get up close and personal with it? No. And yes. It’s complicated.

Romance, courtship, and behind closed doors. The intimate lives of medieval women were as complex as for modern women. They loved and lost, hoped and schemed, were lifted up and cast down. They were hopeful and lovelorn. Some had it forced upon them, others made aphrodisiacs and dressed for success. Some were chaste and some were lusty. Having sex was complicated. Not having sex, was even more so.

Inside The Very Secret Sex Lives of Medieval Women, a fascinating book about life during medieval times, you will discover tantalizing true stories about medieval women and a myriad of historical facts. Learn about:

Fans of The Time Traveller’s Guide to Medieval England, Medieval Women and Terry Jonses’s Medieval Lives will meet real women and hear their voices in The Very Secret Sex Lives of Medieval Women.

Rosalie Gilbert is passionate about living history, experimental archaeology and women in the Middle Ages, particularly England where her family origins are. She is a lifetime member of the Friends of the Abbey Museum of Art & Archaeology and a member of the Queensland Living History Federation.

Rosalie has been a guest speaker on Medieval Feminine Hygiene, The Very Secret Sex Lives Of Medieval Women and Medieval Women's Literacy at The Abbey Museum of Art and Archaeology, the Queensland Museum's After Dark Program for the British Museum's Medieval Power: Symbols and Splendour Exhibition, the University of The Third Age's Winterschool Program, the University Pavilion at the Abbey Medieval Festival and various women's groups.

Her hobbies include lying about being at work so she can stay home, hang out with her rescue kitty and eat nachos.

Learn more about Rosalie at https://rosaliegilbert.com/