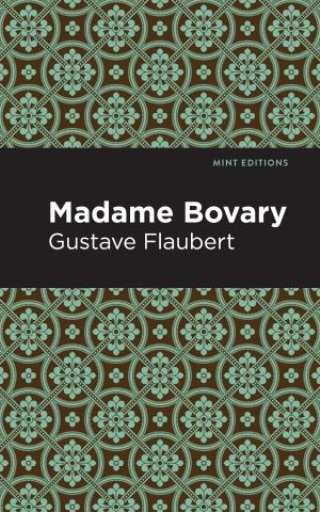 “Perhaps we identify with Emma because we too feel an emptiness at the center of things—an emptiness we try to fill with books, with fantasies, with sex, with things. Her yearning is nothing more or less than the human condition in the modern world. Her search for ecstasy is ours.”—Erica Jong

"Madame Bovaryhas a perfection that not only stamps it, but that makes it stand almost alone: it holds itself with such a supreme unapproachable assurance as both excites and defies judgment."-Henry James

When Gustave Flaubert’s debut novel Madame Bovary (1856) was published it had already created a great storm of both repulsion and profound admiration; it is now recognized as one of the most important works of literature ever written. When the story initially appeared in serial form it was attacked as a work of blatant indecency , and Flaubert was thrust into immediate celebrity. In the resulting obscenity trial, the author was acquitted, and by its publication date its existence was well known in France. Immediately a bestseller, the French public embraced the book with polarity; many repugnant with its attack on convention, and many recognizing its great humanity and depth.

The novel begins with the introduction of Charles Bovary, an unremarkable man who becomes a country doctor in the north of France. During one of his rounds he falls under the spell of Emma Rouault, the beautiful daughter of one of his patients. When Bovary’s wife unexpectedly passes away, he marries Emma, whose expectation of life becomes increasingly unfulfilled. After the birth of her child, she spins into a series of uncontrollable urges and bad choices that leads to her tragic downfall. With its unique shifting of perspectives, deep humanity, and bleak honesty, Madame Bovary is a classic that must be read.

With an eye-catching new cover, and professionally typeset manuscript, this edition of Madame Bovary is both modern and readable.

Gustave Flaubert (1821-1880) was a French writer and playwright whose work elevated the possibilities of literature with his conjunction of the ideals of the Romantic movement with the directness of the Realists. While Flaubert’s extraordinary talent as an unsurpassed stylist of language combined with his obsessive quest for le mot juste limited his literary output, his books had a profound impact on the novel as we know it. His best-known works are Sentimental Education (1845), his historic novel Salammbô, (1862) and his masterpiece Madame Bovary (1856), one of the greatest works in the canon of world literature.