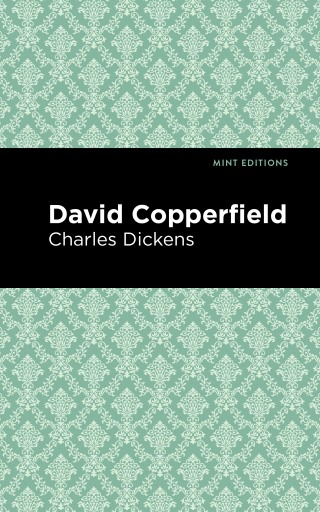 “Few novelists have ever captured more poignantly the feeling of childhood, the brightness and magic and terror of the world as seen through the eyes of a child and colored by his dawning emotions.”-Edgar Johnson

“The most perfect of all the Dickens novels” -Virginia Woolf

“Like many fond parents, I have in my heart of heart a favorite child. And his name is David Copperfield” -Charles Dickens

In Dickens’ first-person narrative about an orphaned boy’s experiences in Victorian England, David Copperfield chronicles the struggles and triumphs of youth. When David’s widowed mother re-marries, his childhood is turned upside-down by his tyrannical stepfather. His unbearable life becomes worse when his Mother dies, and he is forced to work in child labor. David makes his way in the world, and through both the kindness and cruelty of others he forges his self-identity as a man.

In his eighth novel, Charles Dickens masterfully fuses the comic and the tragic in exploring grief, recollection, and the social dilemmas of Victorian society. David Copperfield is also an examination of the interior; of an inner life taking shape. With its rich cast of colorful characters, energetic prose, and abundantly quotable text, this is an essential addition to any library.

With an eye-catching new cover, and professionally typeset manuscript, this edition of David Copperfield is both modern and readable.

Charles Dickens (1812-1870) is regarded as one of the greatest authors of the Victorian era. Many of his own life experiences, including child labor, were the basis of his novels. As a young reporter he wrote sketches of everyday life in London. His first serialized novel was The Pickwick Papers (1836), a work that brought him great success. He went on to publish 15 beloved novels, essays, and novellas, including Oliver Twist, A Tale of Two Cities, and A Christmas Carol. Many of his vivid characters are among the most beloved in English literature