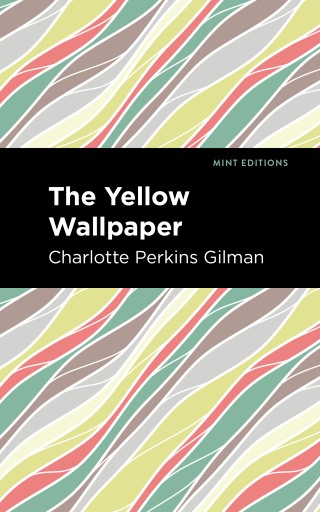 First appearing in 1892 The Yellow Wallpaper is a searing vision of a distinctively feminine form of madness and commands attention as an arresting tale of horror and a moving look into a woman’s mind.

The story uncompromisingly thrusts the reader into the mind of the narrator. She is a woman forced, ostensibly for her own good, into a ‘rest cure’, a psychological straitjacket so constricting that she begins to unravel. Her mental dissolution is described with such fierce immediacy that The Yellow Wallpaper has been read and anthologized as a chilling horror tale. While it can easily be appreciated for its disorienting thrills, the story’s true resonance comes from its matter-of-fact portrayal of a woman pushed to the rim of sanity by society’s demands and her family’s utter inability to conceive of the fact that she cannot fit within their strictures. Shot through with unforgettable images of the yellow wallpaper, its shadowy depths and what seems to lurk there, The Yellow Wallpaper builds to a climax that combines the narrative impact of an Edgar Allan Poe story with a wrenching protest of the treatment of women. Unique and genre-bending, Gilman’s story was unrivaled in its era and its power endures undiminished today.

With an eye-catching new cover, and professionally typeset manuscript, this edition of The Yellow Wallpaper is both modern and readable.

Charlotte Perkins Gilman (1860-1935) was an American author, poet, lecturer and feminist. Experiencing depression and an inability to adjust to her life as a cloistered wife in American society of the late 19th century, she was prescribed a ‘rest cure’ which completely idled her for months and nearly drove her mad. This experience inspired her most highly regarded work, The Yellow Wallpaper, but Gilman went on to write several other noted books, including Women and Economics and the feminist utopian novel, Herland, and lectured widely on topics of social concern. Her work helped set the foundation of feminism and grass roots political activism at the dawn of the 20th century.