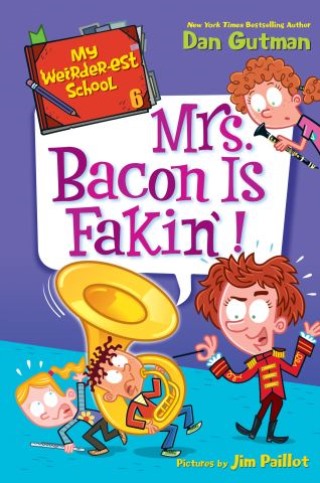 With more than 27 million books sold, the My Weird School series really gets kids reading!

Get ready for the performance of a lifetime in this sixth book in the My Weirder-est School series!

A.J. and his friends are forming a band! At least, they are taking band classes. Their new teacher, Mrs. Bacon, can teach any instrument, from the kazoo to the tuba.

But can she get A.J.’s class to play well enough during their recital to impress crabby Dr. Carbles? Or will their concert turn into a musical mess?

Perfect for reluctant readers and all kids hungry for funny school stories, Dan Gutman’s hugely popular My Weird School chapter book series has something for everyone. Don’t miss the hilarious adventures of A.J. and the gang!