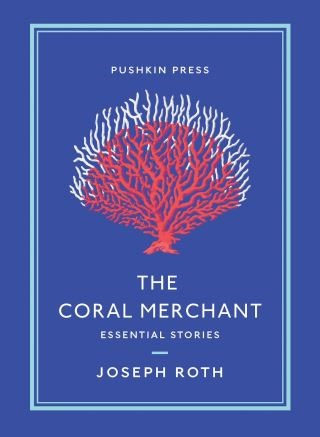 New translations of the six greatest short stories by Joseph Roth, collected in a beautiful edition

Joseph Roth's sensibility--both clear-eyed and nostalgic, harshly realistic and tenderly humane--produced some of the most distinctive fiction of the twentieth century. This collection of his most essential stories, in exquisite new translations by Ruth Martin, showcases the astonishing range and power of his short stories and novellas.

In prose of aching beauty and precision, Roth shows us isolated souls pursuing lost ideals and impossible desires. Forced to remove a bust of the fallen Austrian emperor from his house, an eccentric old count holds a funeral for it and intends to be buried in the same plot himself; a humble coral merchant, dissatisfied with his life and longing for the sea, chooses to adulterate his wares with false coral, with catastrophic results; young Fini, just entering the haze of early sexuality, falls into an unsatisfying relationship with an older musician. With the greatest craft and sensitivity, Roth unfolds the many fragilities of the human heart.

Joseph Roth: Joseph Roth was born into a Jewish family in the small town of Brody in the former Austro-Hungarian Empire. He studied first in Lemberg and then in Vienna, and served in the Austrian army during World War I. He went on to work as a journalist, travelling widely, staying in hotels and living out of suitcases, while also being a prolific writer of fiction, including the novels Job (1930) and The Radetzky March (1932). Roth left Germany when Hitler came to power in 1933 and settled in Paris, where he died in 1939.