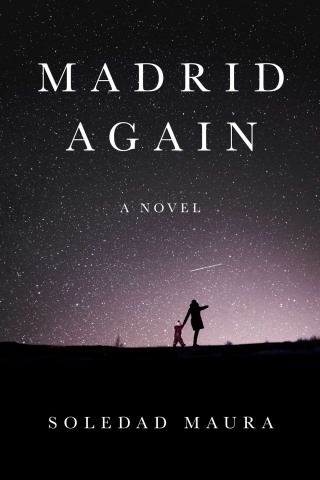 A modern-day bildungsroman, featuring a young woman on a quest to discover her family history as she is torn between the US and Spain, the old world and the new.

Told with humor, candor, and grit, Madrid Again is a highly original novel, and an homage to the haunting power of history, and how it shapes the identity of two generations of women.

Madrid, 1960s. Odilia is a brilliant young student who seems to have it all until she is unexpectedly spirited away on an exciting journey across the Atlantic to the United States by a magnetic professor. But the professor disappears from Odilia’s life as mysteriously as he appeared. Left alone in a new country with a baby girl, Lola, Odilia must decide whether to strike out and raise her daughter alone, or return to her strict, upper-class Catholic family in Spain. Mother and daughter travel to Madrid as often as possible, but Odilia ultimately chooses a life of self-reliance in New England.

As Lola grows up, she feels torn between two countries, two cultures, and two languages. She becomes a historian and embarks on a quest to seek out the history of her origins. She wrestles with family secrets, as she struggles to answer questions about her own identity and future. How does she fit in to the United States, Spain, or anywhere else?

Soledad Maura: Soledad Maura is a Professor of Spanish and Comparative Literature at Williams College. She has a PhD in Comparative Literature from the City University of New York, and is a former Fulbright Senior Research Scholar. She has published three books, including the 2018 biography of Jorge Semprún Exile,Writer, Soldier, Spy which was cited in 2019 as one of the top 5 "literary lives" by the Wall Street Journal. She lives in Western Massachusetts.