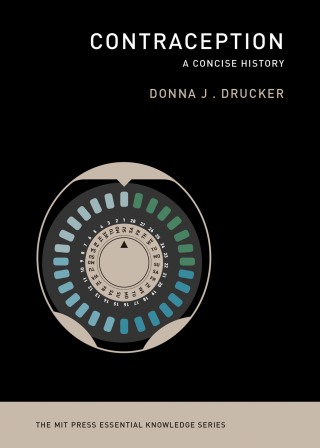 The development, manufacturing, and use of contraceptive methods from the late nineteenth century to the present, viewed from the perspective of reproductive justice.

The beginning of the modern contraceptive era began in 1882, when Dr. Aletta Jacobs opened the first birth control clinic in Amsterdam. The founding of this facility, and the clinical provision of contraception that it enabled, marked the moment when physicians started to take the prevention of pregnancy seriously as a medical concern. In this volume in the MIT Press Essential Knowledge series, Donna Drucker traces the history of modern contraception, outlining the development, manufacturing, and use of contraceptive methods from the opening of Dr. Jacobs's clinic to the present. Drucker approaches the subject from the perspective of reproductive justice: the right to have a child, the right not to have a child, and the right to parent children safely and healthily.

Drucker describes contraceptive methods available before the pill, including the diaphragm (dispensed at the Jacobs clinic) and condom, spermicidal jellies, and periodic abstinences. She looks at the development and dissemination of the pill and its chemical descendants; describes technological developments in such non-hormonal contraceptives as the cervical cap and timing methods (including the “rhythm method” favored by the Roman Catholic church); and explains the concept of reproductive justice. Finally, Drucker considers the future of contraception—the adaptations of existing methods, new forms of distribution, and ongoing efforts needed to support contraceptive access worldwide.

Donna J. Drucker: Donna J. Drucker is Senior Adviser in English as the Language of Instruction at Technische Universität Darmstadt, Germany. She is the author of The Classification of Sex: Alfred Kinsey and the Organization of Knowledge and The Machines of Sex Research: Technology and the Politics of Identity, 1945–1985.