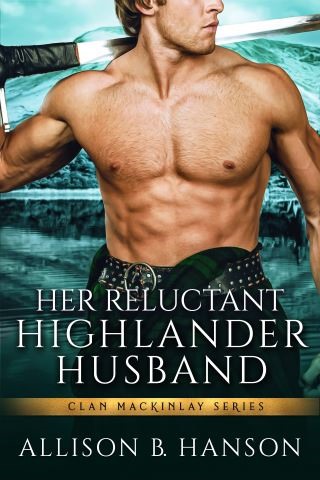 After nine lonely years as her father’s prisoner, Dorie McCurdy is forced to marry the new war chief of clan MacKinlay. Terrified and unwilling to speak, she imagines the worst of her handsome, imposing new husband.

Bryce MacKinlay Campbell’s wife and child were taken by illness years ago, and all he’s wanted since is to be alone. Unfortunately, he is ordered to marry the McCurdy laird’s daughter for an alliance between their clans. He’s appalled by the way his bride is treated by her family when she shows up looking like a ragged, homeless waif. Bryce can provide for her needs, and offer his name, but not his heart—that will never happen again.

In her husband’s strong arms, Dorie slowly emerges from her silence...and gradually the ice around Bryce’s heart begins to melt. But when she is unexpectedly offered an annulment, she must choose—stay with Bryce, who she’s fallen in love with but who never wanted her, or choose the unknown possibilities of a different future.

One very early morning, Allison B. Hanson woke up with a conversation going on in her head. Unable to go back to sleep, she went to the computer, and began writing. Years later it still hasn't stopped.

Her contemporary romances include paranormal, sci-fi, fantasy, and mystery suspense. She enjoys candy immensely, as well as long motorcycle rides, and running.