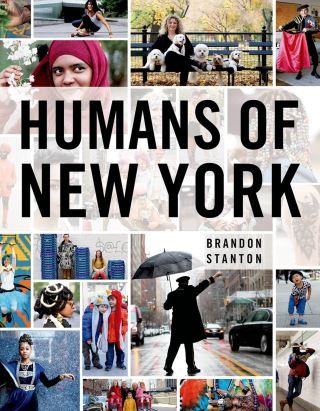 Based on the blog with more than four million loyal fans, a beautiful, heartfelt, funny, and inspiring collection of photographs and stories capturing the spirit of a city

Now an instant #1 New York Times bestseller, Humans of New York began in the summer of 2010, when photographer Brandon Stanton set out to create a photographic census of New York City. Armed with his camera, he began crisscrossing the city, covering thousands of miles on foot, all in an attempt to capture New Yorkers and their stories. The result of these efforts was a vibrant blog he called "Humans of New York," in which his photos were featured alongside quotes and anecdotes.

Surprising and moving, printed in a beautiful full-color, hardbound edition, Humans of New York is a celebration of individuality and a tribute to the spirit of the city.


With 400 full-color photos and a distinctive vellum jacket

Brandon Stanton: BRANDON STANTON is the creator of the #1 New York Times bestselling books Humans of New York and Humans of New York: Stories as well as the children's book, Little Humans. His photography and storytelling blog, also called Humans of New York, is followed by a global audience of over thirty million people across several social media platforms. In addition to sharing thousands of stories from around the world, the blog has raised over $12 million for featured individuals and nonprofits. Stanton is a graduate of the University of Georgia and lives in New York City.