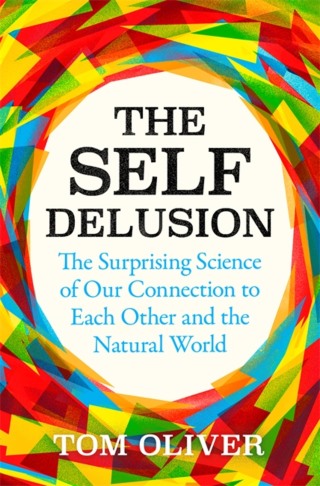 We are much more connected to nature and each other than it seems. We perceive ourselves as autonomous, discrete individuals with an unchanging inner self that persists throughout our lifetime, but this is an illusion.

On a physical, psychological and cultural level, we are all much more intertwined than we know: we cannot use our bodies to define our independent existence because most of our 37 trillion cells have such a short lifespan that we are essentially made anew every few weeks; the molecules that make up our bodies have already been component parts of countless other organisms, from ancient plants to dinosaurs; we are more than half non-human, in the form of bacteria, fungi and viruses, whose genes influence our moods and even manipulate our behaviour; and we cannot define ourselves by our minds, thoughts and actions, because these mainly originate from other people - the result of memes passing between us, existing before, after and beyond our own lifespans.

Professor of Ecology Tom Oliver makes the compelling argument that although this illusion of individualism has helped us to succeed as a species, tackling the big global challenges ahead now relies on our seeing beyond this mindset and understanding the complex connections between us. THE SELF DELUSION is an explosive, powerful and inspiring book that brings to life the overwhelming evidence contradicting the perception we have of ourselves as independent beings - and why understanding this may well be the key to a better future.

Tom Oliver: Tom Oliver is a Professor at the University of Reading, leading their Ecology and Evolution research group. He is a prominent systems thinker, advising both the UK government and the European Environment Agency. He is a frequent contributor to broadcast media and regularly gives talks on environmental science to general audiences. He has published more than seventy scientific papers in world-leading interdisciplinary journals and won two first-place prizes for essays communicating science to a broader audience. THE SELF DELUSION is his first book.