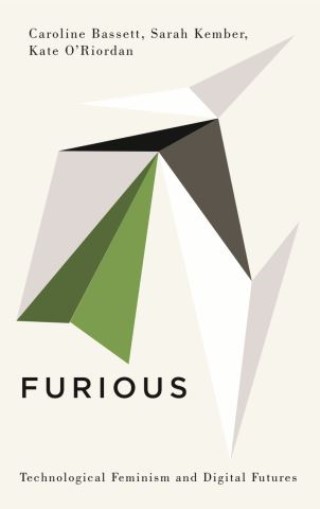 As digital transformations continue to accelerate in the world, discourses of big data have come to dominate in a number of fields, from politics and economics, to media and education. But how can we really understand the digital world when so much of the writing through which we grapple with it remains deeply problematic?

In a compelling new work of feminist critical theory, Bassett, Kember and O'Riordan scrutinise many of the assumptions of a masculinist digital world, highlighting the tendency of digital humanities scholarship to venerate and essentialise technical forms, and to adopt gendered writing and citation practices. Contesting these writings, practices and politics, the authors foreground feminist traditions and contributions to the field, offering alternative modes of knowledge production, and a radically different, poetic writing style.

Through this prism, Furious brings into focus themes including the automation of home and domestic work, the Anthropocene, and intersectional feminist technofutures.

Caroline Bassett is Professor of Media and Communications at the School of Media Film and Music, University of Sussex, and Director of the Sussex Humanities Lab. She is the author of The Arc and the Machine (2007).

Sarah Kember is Professor of New Technologies of Communication at Goldsmiths, University of London, and Director of Goldsmiths Press. She is the author of Cyberfeminism and Artificial Life (2003) and iMedia: The Gendering of Objects, Environments and Smart Materials (2016).

Kate O'Riordan is Reader in Digital Media at the University of Sussex. Her research interests relate to cultural studies of emerging technologies, from the web in the 1990s to genome editing in 2014. She has authored and edited a number of books including Unreal Objects (Pluto, 2017) and The Genome Incorporated: Constructing Biodigital Identity (Routledge, 2016).