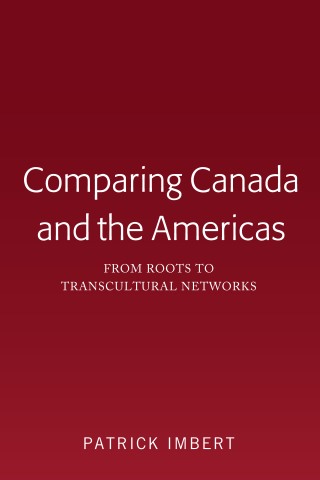 Comparing Canada and the Americas

From Roots to Transcultural Networks

Comparing Canada and the Americas: From Roots to Transcultural Networks covers the Americas in a comparative perspective spanning from the 19th century to the 21st century. It explores socio-cultural dynamics changing considerably in the Americas, which are progressively shedding their original fascination for Europe and slowly recognizing the importance of Indigenous, Afro-descendants, and immigrant cultures. The Americas have many dynamics in common, such as the presence of shared dualistic paradigms, like civilization/barbarism, which is a synonym for self/others. From the invention of the Nation States to globalization, the valorization of taking roots has transformed into the valorization of the legitimacy of geo-symbolic displacements. A comparative study of Canada, Quebec, Latin America, the Caribbean, and the USA reveals both the exclusions and the inclusions that, in literary, artistic, and media productions as well as political essays, are founded on the opposition between interior and exterior. The current era has seen the displacement of these oppositions within the context of the recognition of the others. This recognition is rooted in multicultural, intercultural, and transcultural perspectives. In the current networked and complex contemporary world, literary, artistic, political, and media texts go beyond dichotomous oppositions and historical master narratives legitimating exclusions. Instead, they valorize "chameleoning" and the surprise of encounters with different cultures, thus creating new perspectives linked to a techno-cultural and democratic future based on the desire to share and to belong to oneself.

Patrick Imbert is Distinguished Professor at the University of Ottawa. He has been Executive Director of the International American Studies Association and is a member of the Royal Society of Canada. He has published 44 books and 300 articles dealing with multiculturalism, exclusion/inclusion, and the Americas.