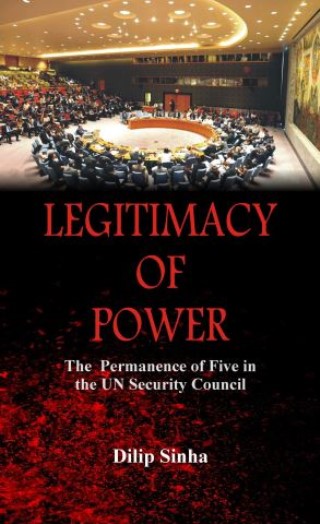 The Permanence of Five in the Security Council

"The Security Council, the all-powerful UN body for maintaining world peace, remains mired in its World War II origins. The victors, the US, Russia, China, Britain, and France, continue to control it with their permanent membership and the veto. Their confrontations emasculated the Council during the Cold War and their cooperation spawned questionable military actions thereafter. The book traces the origins of international security cooperation and scrutinizes the moorings of the Security Council’s powers in international law. It critiques the permanent five’s manipulation of the Council to aggressively strengthen their global dominance and legitimise their exercise of power. Their doctrines and actions in countries like Iraq, Yugoslavia, and Libya have hindered the Council’s evolution as a responsible body which has the trust of a globalising world. This book is an essential read for practitioners and scholars to understand the Security Council and the failure to reform it. "

Dilip Sinha: Dilip Sinha was head of India’s UN affairs during its membership of the Security Council in the eventful period, 2011-2012. He was ambassador to the UN in Geneva, where he was elected Vice President of the UN Human Rights Council in 2014 and Vice Chairman of the South Centre. Sinha steered India’s response to the crises in Libya and Syria in the Security Council and to Sri Lanka in the Human Rights Council. During his diplomatic career, Sinha headed India’s relations with Pakistan, Afghanistan, and Iran and served in Germany, Egypt, Pakistan, Brazil, Bangladesh, and Greece. Dilip Sinha is now based in India where he writes and delivers talks.