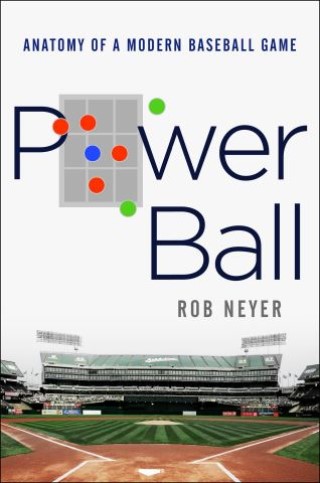 Anatomy of a Modern Baseball Game

“Winner of the 2018 CASEY Award for Best Baseball Book of the Year.”

The former ESPN columnist and analytics pioneer dramatically recreates an action-packed 2017 game between the Oakland A’s and eventual World Series Champion Houston Astros to reveal the myriad ways in which Major League Baseball has changed over the last few decades.

On September 8, 2017, the Oakland A’s faced off against the Houston Astros in a game that would signal the passing of the Moneyball mantle. Though this was only one regular season game, the match-up of these two teams demonstrated how Major League Baseball has changed since the early days of Athletics general manager Billy Beane and the publication of Michael Lewis’ classic book.

Over the past twenty years, power and analytics have taken over the game, driving carefully calibrated teams like the Astros to victory. Seemingly every pitcher now throws mid-90s heat and studiously compares their mechanics against the ideal. Every batter in the lineup can crack homers and knows their launch angles. Teams are relying on unorthodox strategies, including using power-losing—purposely tanking a few seasons to get the best players in the draft.

As he chronicles each inning and the unfolding drama as these two teams continually trade the lead—culminating in a 9-8 Oakland victory in the bottom of the ninth—Neyer considers the players and managers, the front office machinations, the role of sabermetrics, and the current thinking about what it takes to build a great team, to answer the most pressing questions fans have about the sport today.

Rob Neyer worked for fifteen years as a columnist and blogger for ESPN, from 1996 to 2011, and later worked as a national writer and editor for SB Nation and FOX Sports. A Kansas City native, Rob has lived in the Pacific Northwest for more than twenty years. This is his seventh book.