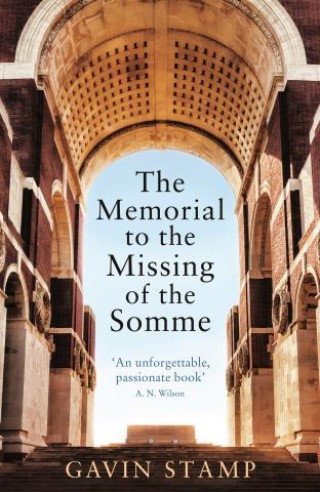 The Memorial to the Missing of the Somme

Edwin Lutyens' Memorial to the Missing of the Somme at Thiepval in Northern France, visited annually by tens of thousands of tourists, is arguably the finest structure erected by any British architect in the twentieth century. It is the principal, tangible expression of the defining event in Britain's experience and memory of the Great War, the first day of the Battle of the Somme on 1 July 1916, and it bears the names of 73,000 soldiers whose bodies were never found at the end of that bloody and futile campaign.

This brilliant study by an acclaimed architectural historian tells the origin of the memorial in the context of commemorating the war dead; it considers the giant classical brick arch in architectural terms, and also explores its wider historical significance and its resonances today. So much of the meaning of the twentieth century is concentrated here; the Thiepval Memorial to the Missing casts a shadow into the future, a shadow which extends beyond the dead of the Holocaust, to the Gulag, to the 'disappeared' of South America and of Tianenmen.

Reissued in a beautiful and striking new edition for the centenary of the Somme.

Gavin Stamp: Gavin Stamp is a well known architectural historian and writer. He has taught at Glasgow School of Art and held a research post at Cambridge. He lives in London.