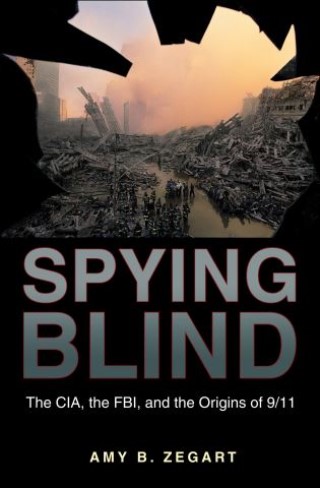 In this pathbreaking book, Amy Zegart provides the first scholarly examination of the intelligence failures that preceded September 11. Until now, those failures have been attributed largely to individual mistakes. But Zegart shows how and why the intelligence system itself left us vulnerable.


Zegart argues that after the Cold War ended, the CIA and FBI failed to adapt to the rise of terrorism. She makes the case by conducting painstaking analysis of more than three hundred intelligence reform recommendations and tracing the history of CIA and FBI counterterrorism efforts from 1991 to 2001, drawing extensively from declassified government documents and interviews with more than seventy high-ranking government officials. She finds that political leaders were well aware of the emerging terrorist danger and the urgent need for intelligence reform, but failed to achieve the changes they sought. The same forces that have stymied intelligence reform for decades are to blame: resistance inside U.S. intelligence agencies, the rational interests of politicians and career bureaucrats, and core aspects of our democracy such as the fragmented structure of the federal government. Ultimately failures of adaptation led to failures of performance. Zegart reveals how longstanding organizational weaknesses left unaddressed during the 1990s prevented the CIA and FBI from capitalizing on twenty-three opportunities to disrupt the September 11 plot.

Spying Blind is a sobering account of why two of America's most important intelligence agencies failed to adjust to new threats after the Cold War, and why they are unlikely to adapt in the future.

Amy B. Zegart: Amy B. Zegart is associate professor of public policy at the University of California, Los Angeles. She is the author of Flawed by Design: The Evolution of the CIA, JCS, and NSC.